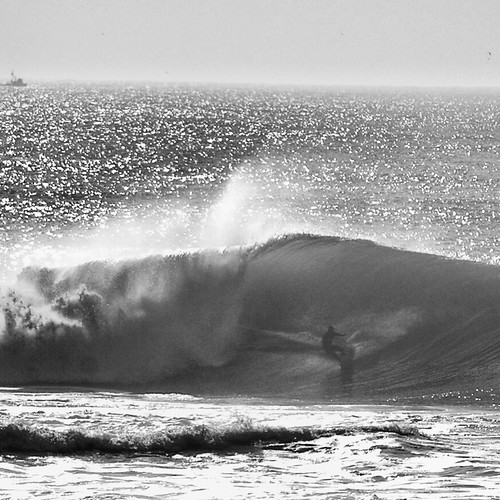 New gallery is up at this link.  Slowly getting it all back together.

Picked up the new film ‘Almost Cut My Hair’ the other day to add to the collection.  This particular section is one of my favorites and gives a subtle nod to the master Derek Hynd and his theory of Far Field Free Friction.  There is a great article in the Victory Journal that explains the feeling is ‘so far out there that the ‘Far Field’ of it refers to Osmo Vanska’s theoretical physics construct of the instant before infinity.  When all is chaos, ‘the scattering’ or mass turbulence in the Beltrami field comes together in an astonishing blur.’

Watch Mr. Hynd on some small ones with Tyler Warren, fins and finless.

Twin and Fin Less // || \ Tyler Warren and Derek Hynd from Visualguyser on Vimeo.

Blog is back up after years laying dormant…

Life has been good.  Best waves of my life…continual progression, quiver evolving

Fall is nice, but looking forward to Winter!

Stay tuned…check here to catch up

Absolute Jubilation!  Stoke!!  The fact that this was the second time in a week Ke11y won his 11th didn’t take anything away from the massive accomplishment.  He sealed it like a true champion; of the likes we may never see again in our lifetimes.  The youngest and oldest to ever win a world title, much less 11 of them.

Take a bow!  He not only found the impossible barrel, well after the buzzer, but threaded it flawlessly.  As if he needed to put an exclamation mark forth.

Kelly Slater is deep inside this one.

We all assumed he wasn’t coming out….

I even brought my lens down from my eye only to see him come flying out of the barrel a couple seconds later.  I, along with the thousands of others lining the shore, erupted in excitement.

Seeing Slater surf live puts it all in perspective.

After Slater got out of the water, conditions just fell apart.  There were ramps here and there, as you can see, but after another couple heats the contest was put on hold.  When the kiters come out, you know it’s pretty much all over.  I paddled out shortly after Slater’s speech and got about an hour in before it was just an absolute mess.Trying to emulate greatness in slop conditions was humbling.  Stay tuned as we still have the quarters, semis and finals planning to run with smaller swell, but improved conditions through the week.

Sunrise on the morning show!

Exciting to see all the pros in town and the waves turn on.

AI Tribute! Â I think we all would have liked to see what Andy Irons would have done in these conditions.

There were some gems to be found.

Nice to see a professional slash

and a professional gouge.

The modern surfer is an acrobatic genius

Here’s the first heat of the day on Wednesday

Bede taking it to Dane.

Dane answered back, but didn’t have much luck landing em’

The Streets of San Francisco from Matt Wilkinson on Vimeo.

I thought I lost this post…but it was just hidden as a draft somewhere in the wordpress vault. I wrote this about a month ago….and have much more pending…so figured I’d post it even though its now dated.

Great weekend for kicking off the start of surf season.  Took my newly turned 10 year old down south with me on Saturday and paddled out for some point waves.  He was having a blast standing on his board just off the peak and diving over the backs of all the big ones and watching dolphins frolic in the surf. He even got to see one dolphin tossing a fish around like a play toy…some real Discovery channel type stuff that even in my many years of surfing hadn’t seen until then. A great time until he got caught by a set that swung wide and forced him to deal with four big ones right on his head. He had never done full somersaults underwater before or been held down for so long, and so that took a bit of his confidence away. He felt better when another surfer paddled over and commented on how he was charging, but he was still a bit shaken up. He wasn’t the only one that had to get used to some more size filling in though.

Down to two boards that don’t need ding repair and so I busted out my 6’5″ that I rode on the big Labor Day south swell and reaped the rewards of getting in early and full confidence taking off on the hollow A-frames.  I paddled out shortly after low tide and stayed in the water for about three hours.  The waves went from breaking hollow on the inside bar to pushing out further onto the middle bars as the tide filled in.  There were some bowly fast rights and long walled up lefts that got my heart pumping.  I landed a pretty good sized floater and tucked into a couple little cover ups within the first thirty minutes.

I had to drop off my suit for repair down south and so ended up picking up a winter suit that was half price.  I couldn’t resist.  $200 for what I thought was a 5/4/3.  I figured it would be nice to have a little extra warmth and now I could get up to Oregon to surf with my brothers this winter without hesitation.  Well it turned out to be a 6/5/4, which for you warm water folks is the thickest wetsuit you can buy.  I used to wear one of these in NY back in the day during the dead of winter when the water temp was 37 degrees.  Gazza, I may be coming to see you in Michigan now that I’m packing the proper gear.  Who knows where this wetsuit will take me.  One thing for sure is that this wetsuit is way too hot for San Francisco.  I thought i was going to get heatstroke paddling around in the overhead surf.  I had to periodically flush it with cold water just to deal.  Even without the hood on and no booties, I was burning up.  I’ll have to admit though, that I did feel pretty invincible out there.  With the new rubber it doesn’t even really slow you down noticeably.

Getting caught inside didn’t have quite the same effect it normally did either.  Being warm, or hot in this case, makes a big difference to the experience of surfing up here…especially with size.  No fun getting held down and flushed with 50 degree water simultaneously.

A new swell is arriving tomorrow and expected to peak out on Wednesday at around 12 ft.  Hoping to catch a bit of it if I can squeeze it in to my ever increasingly busy schedule.  Our two days of summer this year was glorious and felt like it officially ended with rain on Sunday morning, but then the sun came out, the wind went offshore and the swell wasn’t half bad. Looking forward to improved conditions as we move into the best time of the year here.

Found this @tunnelrecords yesterday. Soundtrack to one of the best surf films of all time, Litmus by @andrewkidman. So many good memories watching this film with friends over the years, often times the night before a good swell. So many classic characters and stories and board experimentation.
Big shoutout to Nick Franco of Shearwater Surfboards and Paddleboards and team rider @jh_izy for hooking me up with these beauties just in time to catch last weeks Typhoon Malakas combo swell. Got a couple good sessions on the 8’0” but have yet to wax the 6’8”. Maybe we’ll get one more late season surprise. The 8’0” has some nice flip in the nose and tail and at 3.25” it packs a lot of board in it’s smaller outline. Also thanks to the team @stretchboards for the solid glasswork. Thanks boys🤙🏽
Spring mode🌬
Celebrating the day Kyle came into this world and showed us how sweet and fun life can be. He left us way too soon and I think about him often. I think he would have been 36 today. He packed a lot into the 18 yrs he shared with us and showed us all how life should be lived. Forever thankful for the laughs and good times we had together. Here are some of those moments, from his first trip to Indo to charging at home in Taiwan❤️
My call for some more pulses has been answered. 2 boards down in 2 days. The best way for a board to go out though…getting blown to pieces in firing surf. Dropped off the remnants in Brendan’s box where they will have another life and bring joy and exhilaration once again.
Little intermission here…I hope. Hard to rely on old weather patterns these days. Looking forward to some more pulses before spring winds kick in.